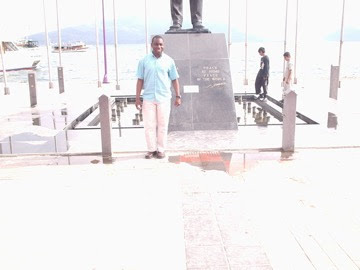 I have never been married and I do not know if I will ever be. Many of my friends and acquaintances are married and have children. I am happy for my friends, and I mean it with every ounce of my being. Marriage is a wonderful institution that is sacred, but it is not for everyone. Anyway, I have my view of marriage and I am always going to be honest to myself.

I was stationed in Yokosuka, Japan for three years, and I loved the time I spent there. Many of my peers were married to Japanese women. They encouraged me to marry a Japanese woman, but I did not marry anybody. I am glad to have not being married when I was in Japan. I believe I would have lived a life of regrets, and I would have had no-one to blame by myself. I met a bevy of Japanese women in Tokyo, Yokosuka, and Yokohama, but I never felt any forms of attraction. I have had my share of lonely nights, but I actually enjoy these many lonely nights. I believe some people should not be married, and I still do. One evening after work I was heading to a hole in a wall in Yokosuka. On my way there, I met a co-workers A’ spouse. We stroke a conversation, and I did not think much of the conversation. The next day, I was telling another co-worker about my walk with the co-worker A’ spouse. A few hours later, many of my shipmates told me they had seen naked pictures of co-worker A’ spouse. I took it with a grain of salt, but co-worker A told me later that he had naked pictures of his wife. I was disgusted to hear it from the horse’s mouth; needless to say. A few years later co-worker A divorced his Japanese wife. Actually many of my peers divorced their Japanese wives years later. I learned not to be dragged by the currents of life.

Years later my father and his siblings started the push for me and my brothers to get married. My older brother is married to a wonderful woman, and I am happy for him. In 2012, my father tried a sales pitch of one of his friend’s daughter to me, and it did not go well for my father. Here is how the conversation went.

Dad: How are you?

Dad: She bought a house in London, she’s doctor.

Me: I bought a house in Chicago.

Dad: What do you think of her?

Dad: How about you getting married with her?

Me: I am sure she is a wonderful person, but I am not about to uproot myself to indulge in your wishful thinking.

The conversation ended, and he never brought her up till she got married to someone she met. One of his sister is even more persistent, which has led my brother Austin to completely ignore her. The lesson I learn is you can not impose your vision of life on others. In my case, I basically dismiss everyone’s idea, because I hold myself accountable. I do not blame anyone for my misfortune, and it makes me hard towards others.