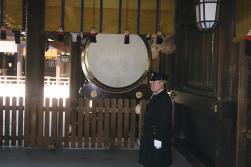 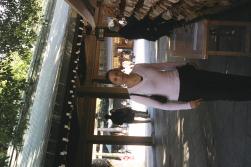 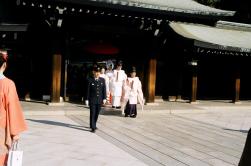 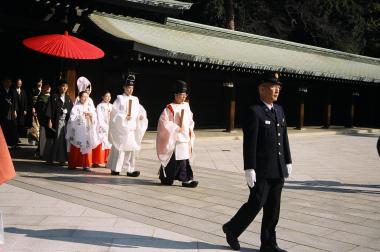 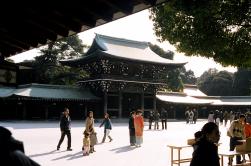 These pictures were taken in Harajuku. It was around in early march 2006. It was also Nina Dominguez’s last weekend in Yokosuka. I called that Saturday morning, and we met up. We took the train to Harajuku to visit the Meiji shrine. It is one major landmark in the Shibuya area of Tokyo. It is right next to the Yoyogi park, but Yoyogi park is not the story behind this pictures. The day we visited this shrine; a wedding was taking place. It was a Shinto wedding in Japan. It is one of the few thing that I did not learn when I was in Japan. The Meiji era generated so many romantic tales in Japan. The Meiji era was also the backdrop of the movie The Last Samurai.

Had it not been for my friendship with Nina Dominguez, I would never had seen this treasure. I would have spent more time in Roppongi than visiting places of beauty like the Meiji Shrine. This is my story behind the pictures.